Pope's views based on 'frozen idea' of feminine

Pope’s views based on ‘frozen idea’ of feminine

Pope’s view on women in the church has brought frustration, anger and tears

Rite and Reason: Francis’s dream for women in the latest papal document is more like a nightmarish vision 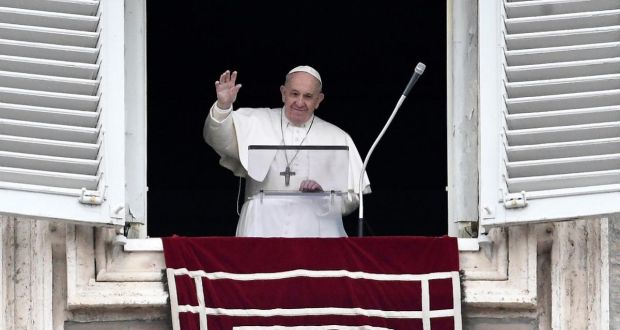 Where and when have Roman Catholic women with a sense of vocation to the priesthood been listened to by Francis or his predecessors? Photograph: Getty Images

Pope Francis’s reaffirmation of the exclusion of women from ordination (Holy Orders) in his recent exhortation Beloved Amazonia (Querida Amazonia) reminded me of a comment heard when I was still in my teens. “The only orders you will ever receive are orders telling you what to do,” said a young fellow student to whom I confided my nascent sense of vocation to the priesthood. That was 45 years ago.

In Beloved Amazonia, Pope Francis refers to his many dreams for the region in beautiful, inspiring, poetic form. Yet when it comes to chapter 4 his ecclesial dream there has a very distinct change of style. One can only speculate that another writer is behind this chapter, but in any case it comes under Francis’s name.

I have heard several people talk of frustration, anger, devastation, dismay and even tears at the description of women and their roles in the church contained in this latest papal document, quite a few saying it is the end of the road for them.

For many women – and men who support them – this particular pope ’s dream is more akin to a nightmarish vision. All my tears, and they were copious and anguished, have been shed long ago

Theologian Tina Beattie refers to Francis’s views as based on a “frozen idea of the feminine”. A frozen view of the feminine which would leave women like me frozen out.

Francis often talks about opening doors and dialogue, but this does not apply to women’s ordination: the door that St John Paul II slammed violently and abusively in our faces in 1994 is to be kept firmly shut.

As for dialogue and discernment, where and when have Roman Catholic women with a sense of vocation to the priesthood been listened to by Francis or his predecessors?

The official attitude over the past decades has been to shun us, to deny us any form of recognition, to render us invisible and voiceless in official church fora.

Our sense of vocation is treated a priori as an egotistic delusion, a sinful hankering for power, a failure to accept our womanhood, the product of a clericalist mentality, an evil threat to the church.

We are dangerous women to be kept out in the cold. No warm embrace from male-governed Mother Church for us.

I was not one of the women who shed tears reading the pope’s latest words on what women can and cannot be, can and cannot do. All my tears, and they were copious and anguished, have been shed long ago.

These words no longer held any power over me, no longer had the power to wound me. To put it bluntly, I do not recognise myself in the pope’s view of women, and haven’t done so for a very long time.

The teenage girl with a vocation to the priesthood is now a grandmother who has found papal utterances and dictats on women again and again to be ridiculously inaccurate, severely limiting, woefully wrapped up in fanciful praise of the feminine genius, “codology dressed up as theology’’ (Mary McAleese).

I have a dream too. That some day soon women will no longer be the ecclesial 'other’

For me these words have lost all their authority, meaning they were found out not to be truth-telling, life-giving or liberating. I respect Pope Francis and find him in many ways inspiring, but this does not extend to his views on women.

My life, lived in the light of my faith, has led me to the same conclusion that St Teresa of Avila, doctor of the church, had reached a few centuries ago: When it comes to women, churchmen are forever trying to tie up God’s hands. And forever failing....For God opens doors for women that no man, even a pope, can close.

In answer to Pope Francis’s ecclesial dream, I have a dream too. That some day soon women will no longer be the ecclesial “other’’, and that women’s hands, feet, faces and lips, indeed whole sexual bodies, are acknowledged to be as Christ-like as men’s are, and true sacramental representations of Christ.

We are no less the body of Christ, and in truth we can say and do say: “This is my body.”

Francis exhorts us not to clip the wings of the Holy Spirit. Removing the ban on women’s ordination would be a good start.

Soline Humbert is a spiritual guide and member of We Are Church Ireland which will mark International Women’s Day next Sunday, March 8th, by handing a message and flowers to Papal Nuncio Archbishop Jude Okolo at his residence in Dublin at 12.30pm. It is part of a global action by the Catholic Women’s Council