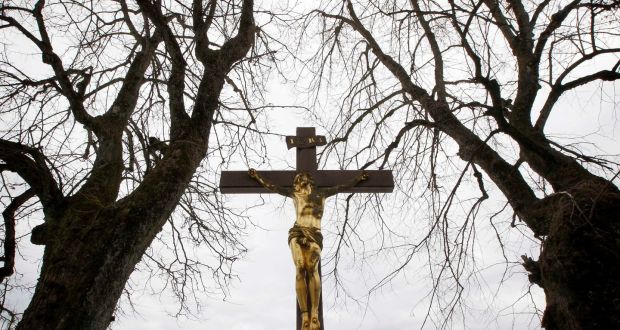 In a letter to this newspaper, Fr Seán Fagan tangentially touched upon the matter of women’s ordination, but this was only one transgression in his list of ‘sins’. Photograph: Christian Hartmann/Reuters

Marking the opening of the new legal year in October, the Vatican’s diplomatic representative in Ireland, Archbishop Jude Okolo, reminded legal practitioners that justice “rests on respect for human rights, assuring that people’s natural and objective rights are not trampled upon”. Indeed.

The institution Archbishop Okolo represents displays a breathtaking disrespect for human rights, trampling on them and believing it has the right to do so with impunity; even going so far as to threaten the victims of such gross violation of human rights that if they tell anybody about it, the punishment will be even greater.

Such was the situation of Fr Seán Fagan, a Marist priest who died in 2016.

Fr Fagan was a priest committed to service of those he called “God’s holy people”. Ambition-fuelled advancement within the church – careerism – was never his driving force – his whole focus was on mediating the prodigal love of God to all comers.

His transgression? In a letter to the editor of this paper, he tangentially touched upon the matter of women’s ordination

Over his 60-year priestly ministry this service to all God’s holy people earned him the life-long gratitude of those he helped, but also a fat file in the Vatican’s doctrinal department, the Congregation for the Doctrine of the Faith (CDF).

Fr Fagan never knew for sure who kept the CDF supplied with copies of his writings, comments, details of broadcasts etc from Ireland. But whoever they were, they were assiduous in keeping Rome appraised of the pastoral efforts of this Irish priest, and not for any positive, affirming reasons.

This exercise in spying and reporting went on over many years, until 2008 when the CDF lost all reason and pursued Fr Fagan with a determination that trampled all over his natural and objective rights.

His transgression? In a letter to the editor of this paper, he tangentially touched upon the matter of women’s ordination as one of several solutions to the shortage of priests.

But this was only one transgression in Fr Fagan’s list of “sins”. He believed in the full acceptance of LGBT people, sacraments for married couples in second relationships, the right of couples to decide on the most helpful form of birth control, the full participation of women in church life and continual ecumenical dialogue.

As it is unlikely the prefect of the CDF was reading The Irish Times, the Irish spy was very active and attentive in supplying copies of Fr Fagan’s work. But Fr Fagan was a bigger and better man. He refused to be browbeaten.

For him, consistent with the tradition of the church, conscience reigned supreme. A formed and informed conscience was the continuing work of a mature adult, not the infantile uncritical appropriation of what the “pope says” or “the church says”.

He refused to write to The Irish Times and withdraw his comment, as directed by the CDF, because in conscience he could not do so. For his fidelity to conscience he was coerced into silence for the remainder of his life with the threat of dismissal from both priesthood and his congregation if anyone found out, even without his co-operation.

Fr Declan Marmion (also a Marist priest) laid out the “four key dimensions of priestly training”: human, spiritual, intellectual and pastoral, which need to be integrated in a priest (Rite & Reason, October 15th, 2019).

He quoted extensively from Pope Francis on priesthood. I could not help thinking as I read every sentence that Seán Fagan embodied all four key dimensions – and so much more – in his long life as a priest and moral theologian.

But this issue is bigger than one man.

It speaks to the greater issue of systemic institutional abuse. In the necessary focus on clerical sexual abuse of children and minors, the broader issue of how the church has enfolded abusive attitudes and behaviour into its whole being and modus operandi is ignored.

This wilful blindness causes more damage than any outside force could ever cause the church, notwithstanding some episcopal fear of yoga.

Angela Hanley is an author of What Happened to Fr Seán Fagan? published by Columba Books