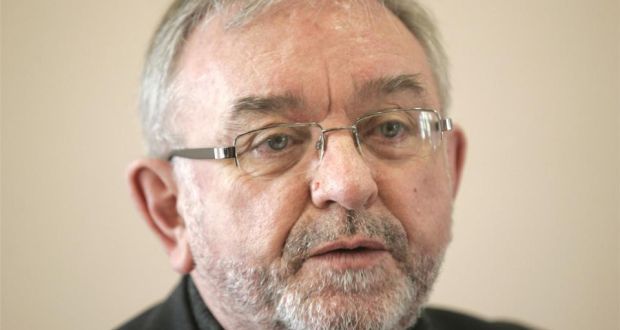 An estimated 200 people, mainly women but including clergy, attended a meeting at the Clare Inn in Dromoland Co Clare last night at what was intended to be a protest against introduction of the male-only permanent diaconate in Killaloe diocese.

Over the weekend, in a message read sat Masses in the diocese which covers most of Co Clare, Bishop of Killaloe Kieran O’Reilly announced he was delaying introduction of the diaconate following strong protests. Last month in a pastoral letter he invited men to apply for posts as permanent deacons in the diocese.

However, organisers of last night’s protest meeting decided to go ahead with it, while welcoming the Bishop’s decision.

Kathleen McDonnell from Cross parish in Co Clare told The Irish Times this morning that last night’s meeting had gone off “very well.” Three presentations were made to the meeting, including one by herself.

Martina Meskell from Clonlara Parish welcomed all and quoted “the seeds of faith are always within us.Sometimes it takes a crisis to nourish and encourage their growth.’

Kathleen McDonnell, who is involved with catechesis, retreat facilitation, as well as in parish and diocesan pastoral councils, said what was needed in the Catholic church was not another layer of male-only clergy but arrangements which could accommodate all. She called for “an opening of the windows” in the church, along lines called for by St John XXIII.

Rita O’Brien from Scariff spoke of her own faith journey and the necessity to go back to the gospels and Jesus. Mary Hanley from Ennis parish commended the diocese’s pastoral plan with its emphasis on collaboration by all but expressed the surprise and hurt felt by many at Bishop O’Reilly’s pastoral letter inviting men only to participate in the permanent diaconate “to undertake work mainly done at present by women.”

All present at the meeting were asked to fill in a questionnaire which, when completed, will be collated and presented to Bishop O’Reilly, the Irish Episcopal Conference and toPope Francis.

Ms O’Donnell said the core group of six women which organised last night’s meeting planned to take the matter from there. They would be inviting others to join them but, as yet, did not have a group name, she said.

In his weekend message Bishop O’Reilly said he had “listened very carefully to the observations and concerns raised” in the debate over his invitation to men last month to apply for the permanent diaconate.

He said “the level of engagement shown by the recent dialogue has brought to the surface a sign of the energy and commitment of many people in our church. I encourage this dialogue to continue as I believe it will bring great benefits to the Church in the diocese and the mission entrusted to all of us by Jesus Christ. ”

He also said “the implementation of the pastoral plan over the coming years remains a priority for the diocese.”