Kate McElwee has provided this list of media links:

“Your Holiness….Welcome to America! And while most of us agree with your call for a serious and more potent role for women in the Church, we Americans would do even more — a whopping 88% of us are calling for women priests.” – Maria Shriver and Sister Joan Chittister (read more)

Irish Times: Question Time: What can be done to address the shortage of Catholic priests? 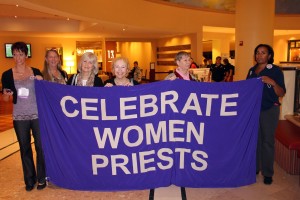 The Advertiser: Why won’t the Catholic Church ordain female priests?

NPR: In Defiance Of The Church, Some Catholic Women Seek Priesthood

“He cannot preach about love and equality and poverty whilst telling women that they cannot discern their own vocations in life and that men need to decide what you can and cannot do and where you can and cannot speak.” Miriam Duignan, WOW Leadership Circle 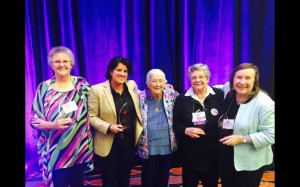 PA NJ Radio: Should women be ordained in the Church?

NCR: Women’s ordination: WOW delivers its message to the world

“If women are not accorded equal place in the leadership of the Catholic Church and the other great world religions, they will always be treated as inferiors in earthly matters as well. There is nothing this Pope could do that would improve the world as much as putting the Church on a path to ordain women.” -Sen. Tim Kaine (read more)

Refinery 29: Meet The Women Priests Who Are Defying The Catholic Church

LA Times: To Pope Francis: What about women?

NCR: A church that dreams of rights for women can be great, too

Bustle: Pope Francis Says Women Are The Future Of The Church, So Where Are They?

CNN: Not Everyone is a Francis Fan

“I feel the pain of being silenced, and in this silencing I am beginning to feel the deep pain women feel all over the church.” – Fr. Jack McClure, sanctioned for his participation in WOW 2015

The Real News: Priests to Pope: Stop the Sexism

“When Pope Francis talks about the poor and people who suffer and discounts women in the same breath, his message is really without integrity.” Margaret Johnson, WOC Board Member (read more) 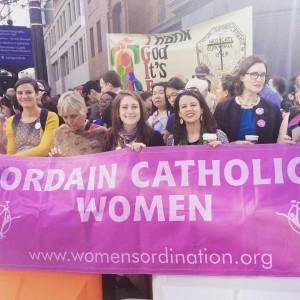