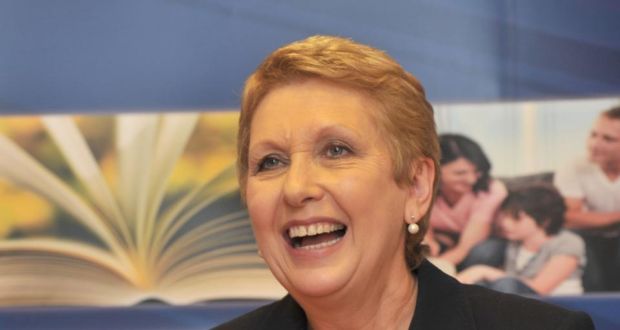 Former president Mary McAleese: “The church is not terribly happy with criticism”

Speaking in Sydney yesterday, former president Mary McAleese argued for a greatly increased role for women in the Catholic Church, saying: “The old boys’ club are going to have to go.”

In a reference to an Australian Catholic newspaper refusing to run an advertisement for the event because of Mrs McAleese’s views on homosexuality and the ordination of women, Mr West said: “We have to thank the Catholic Weekly for a full house today.”

Mrs McAleese said after the advert ban was reported by The Irish Times and other media “I had emails from friends in America and Japan saying ‘what’s going on in Sydney’?”

She said trying to be heard by the Catholic Church hierarchy was comparable to shouting at children: “If I’m yelling it’s because you didn’t listen to me when I said it nicely . . . I look at the curia and I don’t know too many of them who have gone through equal opportunity training.”

Mrs McAleese said the governance of the church “and the structure of church government needs to change”.

“The church is not terribly happy with criticism,” she said to laughter from the audience. “I’m saying that as gently as possible ... The church which will not listen to people who speak out of love has a very big problem.”

Speaking about Ireland, Mrs McAleese said though 90 per cent of the population of the Republic were nominally Catholic “regrettably fewer and fewer” were interested in the church.

Mrs McAleese said when she was president a senior cleric laughed at her when she said the church should open up its files on child abuse or the State would force it to do so. The State would never cross that line, he said to her. “A week later, the State crossed that line,” she told the audience.