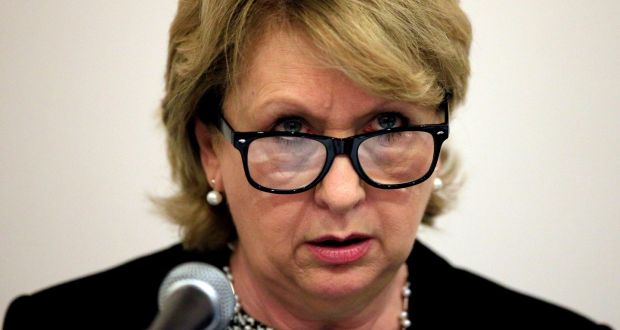 Mary McAleese: “The church hasn’t been able to come to terms with the fact that there are going to be homosexuals in the priesthood, homosexuals who are fine priests,” she told the Daniel O’Connell Summer School in Cahersiveen, Co Kerry. Photograph: Jonathan Brady/PA Wire

The current controversy about a gay culture at Maynooth is misplaced and the church authorities should be focusing on why so few young people are seeking to join the priesthood rather than seeking to make seminaries gay-unfriendly places, according to former president Mary McAleese.

Dr McAleese said that she found the focus on whether there is a gay culture at Maynooth worrying but she traced it to the Catholic Church’s teaching on homosexuality with which she profoundly disagreed and which did nothing to make gay people feel welcome within the church.

“They haven’t be able to come to terms with that because the teaching of my church, the Catholic Church, tells them that homosexuality is, of its nature, intrinsically disordered – those are the words of pope Benedict and that homosexual acts are, in his words, evil,” she added.

Speaking as it emerged that the church authorities are to introduce new regulations in the wake of controversy over some seminarians using the Grindr gay dating app, Dr McAleese said it seemed that, for the Maynooth authorities, “policing celibacy is more important than pastoral service”.

“I am just worried that the Maynooth controversy seems to be concentrating on the wrong things. A seminary should be a place where people feel welcomed, not somewhere where they feel policed – after all, these are young people who haven’t yet taken a vow of celibacy.”

According to media reports, all trainee priests at the Co Kildare seminary will now be required to eat evening meals in the college and all will be required to attend evening rosary at 9pm which had not been obligatory for seminarians up until now.

Dr McAleese was also highly critical of a visit in 2012 by American archbishops Timothy Dolan and Edwin O’Brien who were sent by pope Benedict to Maynooth and the Irish College in Rome to investigate whether either institution was “gay friendly”.

“They wanted to be reassured that neither place was, in their words, ‘gay friendly’ . . . so they walked away happy that they were gay unfriendly, hostile to gay people – what sort of message does that send out to young men who are there who are gay, to priests who are gay?”

A long-term supporter of gay rights, Dr McAleese told the Daniel O’Connell Summer School in Cahersiveen in Co Kerry about her son Justin being bullied for being gay and she said it seemed to her that the Catholic Church’s teaching on homosexuality was worryingly dangerous.

She said this was particularly worrying in the light of research which showed that one of the groups most at risk of self-harm and suicide were gay young men.