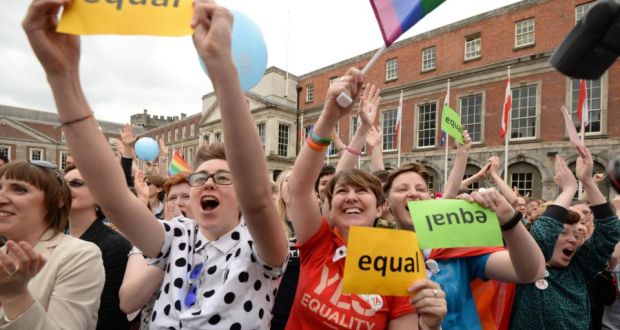 We need to pray for a similar kind of Pentecost for the church, so that the beauty of its concerns and message may come alight again for its own faithful. Photograph: Dara Mac Dónaill / The Irish Times

In the wake of the recent referendum on same-sex marriage, Archbishop Diarmuid Martin agreed with Minister for Health Leo Varadkar in describing what happened as a “social revolution”. He spoke about the need in the Catholic Church for a “reality check”.

Dr Martin is an astute and respected commentator, someone who has done more than any other leader towards restoring the credibility of the church among the general public. He had already warned in 2011 of the danger of Irish Catholicism becoming “a culturally irrelevant minority”. He argued then that significant renewal was needed and not merely “keeping the show on the road”.

What kind of reality check might be in order? Dr Martin himself notes that the church needs to find a new language in which to communicate its teaching, in particular if it is to reach young people. And this language has to have love at its core. So far, it would seem, so good.

But take a deeper look. Martin himself argued very reasonably during the referendum debate that the distinction and complementarity between male and female was important. However, he was speaking as a representative of a church that has used the argument from complementarity, in a way that many people find unacceptable, to support its teaching against the advancement of women to office within the church.

Furthermore, Martin raised reasonable concerns about the need in the Constitution to honour the particular value of a man and a woman as foundational to family life but, again, this implicit appeal to natural law conjures up the application of a rigid notion of natural law in church teaching about contraception and the intrinsically disordered nature of homosexual acts, which many people do not find persuasive.

My point here is that despite his skilful and measured tones Martin’s argument was always waging an uphill battle because so many in our culture – and particularly those who are young – simply do not accept the credibility of church teaching on sexual and gender issues. This is not primarily a question of better communication: this bears on the message itself, the content of the teaching.

Spirit of the age

This is not to say there are no good points to this teaching or that the teaching should simply accommodate itself to the “spirit of the age”. No – but Catholic theology understands that teaching, to be sound, ought to listen to the “sense of the faithful”, which should both inform the teaching and then act as a barometer of its reception.

And how does one access this “sense of the faithful”? By listening, having conversations, setting up systems and structures like assemblies and synods to tap into the faith of the baptised – including the young and the disaffected. This is what Pope Francis has called the imperative of “real and not just token consultation”, the introduction of a culture of dialogue within the church, a synodal approach at all levels of church life, including the local church. And this includes a dialogue with wider, secular society, since, as Vatican II taught, we can both teach and learn from this wider society.

This is the kind of leadership which Irish bishops, with some notable exceptions, have failed to provide.

We were promised by the Irish Episcopal Conference the beginnings of “a structured conversation” back in 2010. Where is it? And, ironically, this glaring failure of leadership comes at a time when the Vatican itself is imaging a more collegial approach, encouraging local bishops and national conferences to mobilise consultation on the very sexual issues that are such a bone of contention. Where is the vision, the energy, the sustained commitment of the Irish bishops to this consultation, this kind of new church?

Pope Francis speaks of bishops as leaders who should sometimes go ahead of their flock, sometimes simply walk among them, and sometimes fall in at the rear and be led by those seeking new paths. He tells bishops that they should listen to all voices, including those who disagree with them.

We need church leadership in Ireland which empowers the laity – the “sleeping giant” referred to by the late Cardinal Tomás Ó Fiaich. We require the kind of dialogue which can create a new narrative of love, embracing the poor and the “other”, expressive of the beauty of the Christian message. We need to share our faith stories, so that in the telling and the listening we can rediscover the Good News of God so gloriously revealed in Jesus Christ and become once again a light to the world.

Archbishop Martin and his colleagues need to invite us all into this conversation urgently. The scenes of joy and delight in Dublin Castle on May 23rd felt like a kind of secular Pentecost – the spirit of fear was banished, faces were alive with laughter and love. We need to pray for a similar kind of Pentecost for the church, so that the beauty of its concerns and message may come alight again for its own faithful, but also as a resource for Irish society. Our bishops can facilitate this by convoking a national assembly or synod of the Irish Catholic Church, the first of many, and committing serious resources to its preparation.

Former Irish Provincial Gerry O’Hanlon SJ is a theologian and author of many books, including Theology in the Irish Public Square and A New Vision for the Catholic Church. He is currently social theologian with the Jesuit Centre for Faith and Justice