Brendan Butler co-founded the Irish El Salvador Support Committee in 1979. Last year he wrote to Pope Francis asking him to hurry on Monsenor Romero's cause. 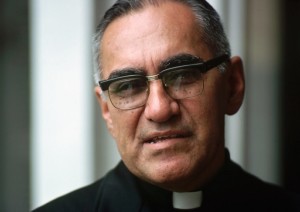 One of the Irish people who attended the beatification ceremony of Archbishop Oscar Romero in El Salvador on 23 May was Brendan Butler, a co-founder in 1979 of the Irish El Salvador Support Committee.

The members of the group, lay and religious, lobbied TDs and the Irish Government for a peaceful end to the Salvadoran conflict.

His brother in law Fr Gerry Moore ofm was ministering in one of the most war-torn areas of El Salvador in the 1970s, 80s and 90s while the conflict raged, an area which included El Mozote.

He also represented the Latin American provinces in the General Curia in Rome for five years. He is now in Guatemala.

Brendan Butler is presently joint Co-Ordinator and spokesperson for We are Church Ireland.

The Brazilian Bishop Pedro Casalinga, besides coining the famous title for Monsenor Romero as “San Romero of America” also observed once, “The history of the Church in Latin America is divided into two parts: before and after Archbishop Romero.”

While such a comment seems very wide-sweeping, it represents the reality on the ground where Blessed Romero following faithfully in the steps of his Lord became a source of a new beginning for the Catholic Church.

However, there is a darkness present in the Salvadoran social reality in spite of so much innocent blood having been spilled during the 12 year old civil war.

The murder rate in El Salvador is one of the highest in Latin America with widespread gang extortion, impunity and corruption.

For the past 38 years, I and so many others around the world have worked towards getting Monsenor Romero officially recognised as a martyr for justice within the Catholic Church.

Last year, I wrote a personal letter to Pope Francis asking him to hurry his canonisation as I felt if Pope Francis in his pontificate didn’t move to unblock his recognition then his cause would remain in the bottom drawer in the Vatican for another 38 years.

Back in 1979, a group of us here in Dublin formed the Irish El Salvador Committee and one of our first actions was to write to Monsenor Romero offering him our solidarity and to invite him to visit Ireland.

A prized possession is his signed letter thanking us for our valued support.

So it was with great joy that I attended the recent beatification of Monsenor Romero, as he is known in San Salvador.

The night before rained in torrents on the thousands who spent it praying and singing throughout the vigil. Early Saturday morning brought out the sun with up to a quarter of a million Salvadorans thronging the Plaza of Salvador del Mundo. 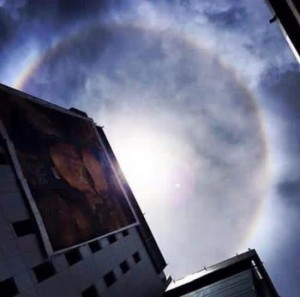 I was fortunate through a Franciscan contact to get a favourable seat not far from the altar in the blazing heat.

Then a group of well-dressed Salvadorans, leading members of the extreme right wing ‘Arena’ party came in and seated themselves in front of us.

Among them was Roberto D’Abuisson, Mayor of Santa Tecla, and son of the notorious Roberto, leader of the death squads in the 1980s and founder of the Arena party.

His father Roberto was named in the UN Truth Commission report in 1993 as being responsible for the assassination of Monsenor Romero. However, his son describes such a claim as a ‘myth’.

His aunt, Marisa Martinez, refutes this. She states that “when I heard of the assassination I knew my brother had something to do with it as he was leader of the death squads. My brother had spoken about Monsenor with particular hatred and anger.”

She founded the Monsenor Romero Foundation to promote his legacy and she named her first born son Oscar Romero.

Also sitting in front was the ex-president Alfredo Christiani named as being present at the army high command in 1989 when the order was given to murder the six Jesuits at their house in the University of Central America.

On our far side sat the two surviving brothers of Romero seated with their families.

During the ceremony, the Pope’s message was read out in which he expressed the hope that the beatification would be a source of reconciliation in the country.

Maybe there was some sign of this when members of the Arena party attended the beatification of the man their founder vilified and who organised his murder.

Even within the San Salvadoran Catholic Church Romero still remains a source of division. In the main cathedral, now restored to its former grandeur, what greets you is a large photograph of St Jose Maria Escriva, the founder of Opus Dei, who was given a fast track canonisation by Pope John Paul II.

This is the cathedral which Romero refused to spend money on its restoration as he believed that all money should be spent on the living body of Christ.

The present Archbishop of San Salvador, Jose Escobar, insisted that the title describing Monsenor Romero was a martyr of Love ‘Martir por Amor’ against the wishes of his priests who wanted a title more in keeping with the life and times of Romero, such as a martyr for justice and the poor.

Many interpret this move by the Archbishop as an attempt to move Romero’s legacy away from social justice and the option for the poor.

Another outstanding moment of the beatification was the display of the blood stained shirt that Romero wore on the evening of his assassination which was later presented to Pope Francis.

Another unusual event occurred. Just after the official announcement by the Prefect of the Congregation for the Cause of the Saints, Cardinal D’Amato, declaring Monsenor Romero as Blessed – there was sudden sigh from the crowds as bishops, priests and people gazed up at the sun.

What appeared around the sun was a corona which was captured on many iPhones and cameras. (See accompanying picture)

A prophecy indeed came true on this blessed day as Romero’s words before his death were fulfilled: “If you kill me, I will arise in my people.”

That beautiful day Monsenor Romero was alive once more in his beloved pueblo.